Storytelling in a Non-Linear Medium 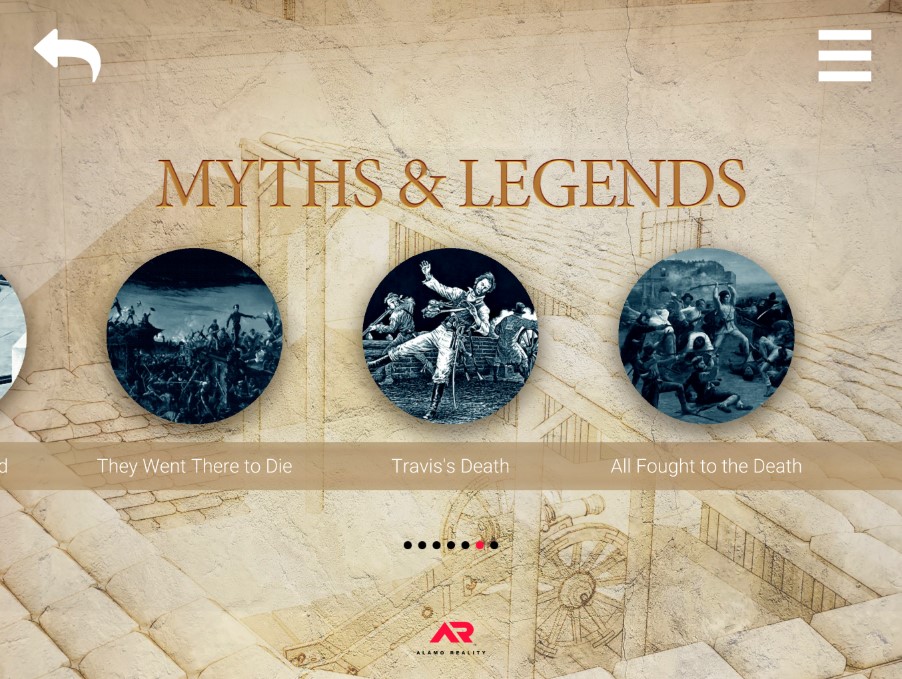 In developing the concept for the Alamo AR experience we realized we would have to invent a new form of storytelling. It had to be non-linear.  Non-linear storytelling exists in film, for instance, Pulp Fiction is a great example. The beginning of the movie is actually near the end of the story. As a viewer you connect the dots and follow the path. But you never leave the theater or couch in front of the TV. Even with computer or console games, you are still in one physical location, in front of a screen. But, when it comes to virtual or augmented reality, you are interacting with your entire environment. Telling a story in that same fashion doesn’t make sense.

We designed the Experience Real History: Alamo Edition app to be used as people explore the large physical space around the 6.5 acres of Alamo Plaza.  This creates a challenge all in itself. The people using the app become a part of the story, physically. We have a path people can follow, but we can’t guarantee they will follow it. We have no idea where someone will start their journey. So we have to be able to orient them no matter where they enter the story. It is a unique challenge.

We solved this problem in several compelling ways.

When someone launches the app we play a short overview movie of the whole story. Why did this happen here? Who was involved? Why were they involved? How did the battle take place?

We also provide a map that orients them to the 1836 Alamo and where they are standing in relation to our important locations marked on the map.

From that point the of entry, the traveler becomes a participant, finding answers to these questions in depth. By moving from location to location, they stand on the ground where the history took place, see the events that happened right before their eyes, and hear narration that brings the human element to life. These historical figures were real people, not mythical heroes. They fought, bled, and died as real people—only later did they become legends.

In any story of this size, context becomes key to understanding.

We embedded information at 14 different locations throughout Alamo Plaza that can help the user understand the entire story. For example, if I’m standing at the 18lb cannon on the southwest corner, there are biographies and stories of various characters who fought there, Mexican and Texian—the users will have all of that knowledge at their fingertips. They can capture an artifact from the story and hear other stories associated with the same location.

The Alamo is more than just what happened in 1836.

This depth creates an enormous amount of information people wouldn’t have access to even with the best tour guide. You get engaged with the material. You are standing on the spot where Crockett died and watch as he is dragged out the church and executed. You stand where Travis wrote his famous “Victory or Death” letter. Go into the room where Bowie died and witness his last desperate moments. How could that not be one of the most powerful things you’ve ever done?

We want this AR experience to be engaging, but also accurate. That’s why including historians who have written numerous non-fictional accounts on this topic was so important to us. The app contains so much content, users would have to spend years researching before they could gather all the information we have included.

We tend to say “this is so exciting” a lot. But for us, there’s just nothing like being able to work on this amazing story everyday. It is an honor.