The Forgotten Women of the Alamo 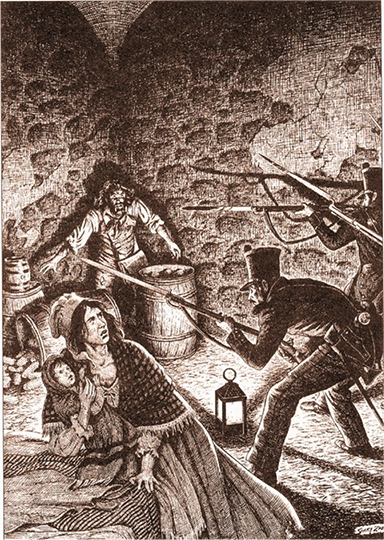 Of the many stories about the Alamo, one of the least understood is the roll women played. There were three distinct, but very similar groups of women. First, there were women and children who were sheltered in the Alamo during the siege and assault.

The second group of women were just outside the Alamo. They followed their husbands and lovers in the Mexican Army to San Antonio,  and were deeply affected by the campaign, suffering deprivations during the long journey, and in the camp during the siege. And finally, there were the Tejano women from San Antonio who had fallen in love with some of the defenders. They waited in agony for the siege to end. While the smoke cleared, the wails of grief could be heard as the Mexican and Tejano women searched for their loved ones.

Inside the Alamo, the women already knew the fate of their loved ones.

Susanna Dickinson became the most famous woman survivor of the battle. The most mysterious was Sarah—the only woman who died in the battle. Sarah, a black woman, would remain anonymous for nearly 180 years. Susanna would be forever afflicted by the horror of the battle. Her trauma would be absorbed and extended by the tragic life of her daughter, Angelina, “The Babe of the Alamo.”

But what of the other women in the Alamo, the wives, the relatives, and the slaves of the defenders? Who were they and what became of them? Their stories are seldom told and overlooked, but their contributions to the struggle are as important as the men who died.

The order of the Mexican command was that non-combatants, women, children and slaves all would be spared unless they were actively engaged in combat. By and large the relatives of the defenders who entered the fort were sheltered in the Sacistry in the Church. However, there were a few exceptions.

Juana Navarro Alsbury, sister in-law of Jim Bowie, had her own quarters in a building on the west wall. She was related to Jim Bowie by marriage and her father was a former Spanish official. She was given special treatment due to her status and stayed apart from the rest of the women.

Jim Bowie had a woman slave named Bettie. She spent the siege dutifully taking care of the seriously ill Bowie, and was thought to be found alive in the Alamo kitchen near Bowie’s room.

Anna Esparza was married to Gregorio Esparza, a cannoneer who was stationed on the cannons in the rear of the Church with Almeron Dickinson and James Bohnam. She, and her children, snuck into the Alamo to be with him.  Anna was sheltered in the Sacistry with the wives and children of other defenders, including Susanna Dickinson. She became a leader of the families, by calming their fears, and helping them cope with the dangers of the siege.

When the final assault threw the fortress into a maelstrom, the women and children lived through the horrors of the deaths of their relatives. At least one child was killed in the final frantic fight in the Church. Hidden under a blanket, the boy was shot when a panicked soldado mistook him for a defender.

As the defenses collapsed, Almeron found his way to Susanna, told her all was lost, and that she had to survive to save their child. He returned to his cannon and was never seen again by Susanna.

In the aftermath of the assault, carrying her baby, Susannah was led from the still smokey Church into the small courtyard where Santa Anna was surveying his victory. The bodies of the recently executed last few defenders lay in a bloody heap. He approached Susanna and offered to adopt her child. Horrified, she refused and was led from the battleground only to be shot in the leg by a stray bullet from a soldado who was still shaken from the trauma of the battle.

Many of those women sheltered in the Alamo are unknown today, but they played a pivotal roll in it’s defense. They came to support their friends and relatives only to see them all killed. The men were elevated as heroes, the women were largely forgotten.