Why would she die, fighting for a Texas that embraced slavery? 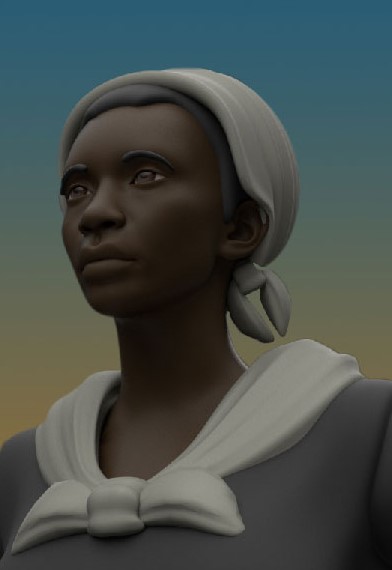 The scene opens from above the southwest emplacement. We see bodies scattered around the 18-pounder. And in the center, we see the lifeless body of a woman, her finger barely touching the hand of another victim. The camera drifts into the scene, isolating her upper body and face now calm in death. As the narrator expands the story to describe Herndon and Sarah, the scene changes into a ghosted tableau showing a woman as she serves the artillery piece during combat.

Who was she, the mystery woman found among the dead? History suggests, she died, fighting. But that raises another question: why would she fight alongside the men? Most of the women had gathered for protection inside the Alamo chapel. Most significant of all: the dead woman was African-American. Why would she die, fighting for a Texas that embraced slavery? Her lifeless body raises questions that live-on more than 160-years later. After the battle, her remains were discovered by a slave, a young man known only as Joe. He and other African Americans had been spared by the Mexican army. Santa Anna was not at war with the Texian slaves. Only the rebels who owned the slaves. So the mystery of the dead woman remains just that. She was obviously brave. She was also unknown. Then again, maybe not.